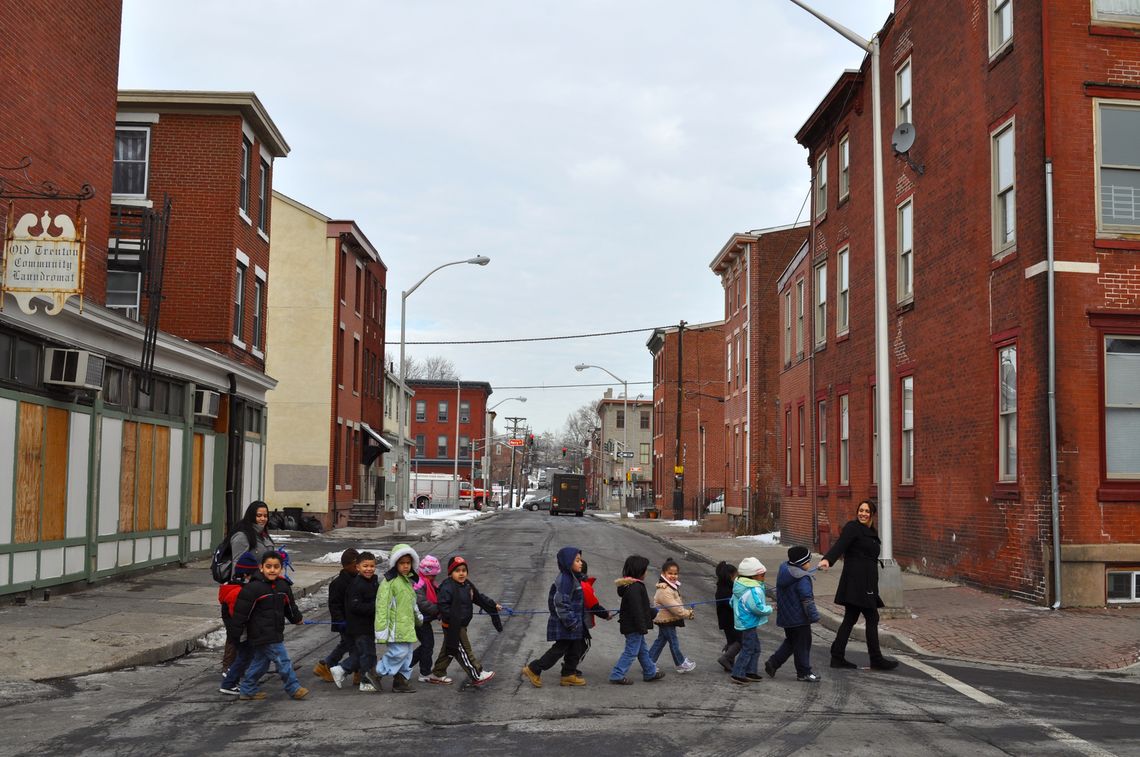 As humans, we are expected not just to have legs and feet, but to use those body parts as intended:  That we should (more often than not) use them to walk as the basic means of travel.  This is an easy task to achieve, or so it was; since World War II, wide roads, their speed limits, and their broad, modern need to accommodate cars, as well as rampant adoption of Euclidean zoning codes, made communities un-walkable at most scales of the environment.  Prior to these events, many towns were small in the extents of their land area; towns had to plan for small areas, because their citizens lacked the means to commute further so as to meet their needs.  Only now did we realize that we actually created a social-and-built structure that (still) fails us.
For at least the past 25 years (and perhaps inspired by research documenting negative impacts derived from car-dominant environments), there’s been a push to create more walkable communities, places that prioritize people and their well-being above all else.  We know such places when we see and interact with them:  Crossing streets is easy; rows of ground-level businesses engage window-shoppers; architecture and urban design is pleasing to eyes; and streets are safe for use.  Walkable streets are a wise investment for towns of all sizes in that they support healthy living, economic development, cultural diversity, social enjoyment, and natural surveillance and policing; really, lifestyle choices.  These thoroughfares can ultimately save governments (and us as taxpayers) money, while adding to the broad appeal of our communities.
To be certain, all streets are walkable, but to varying degrees; Trenton’s streets are walkable, but the intensity of use and functionality of these places by local citizens can be questionable.  On at least some occasions, crime is present, sidewalks and storefronts need repair or reconstruction, and physical barriers render walkable places inaccessible.  While there’s ambition to create more such places within Trenton, the walkability of existing city neighborhoods is what deserves our attention, less the places that we create experience a similar downward fate.