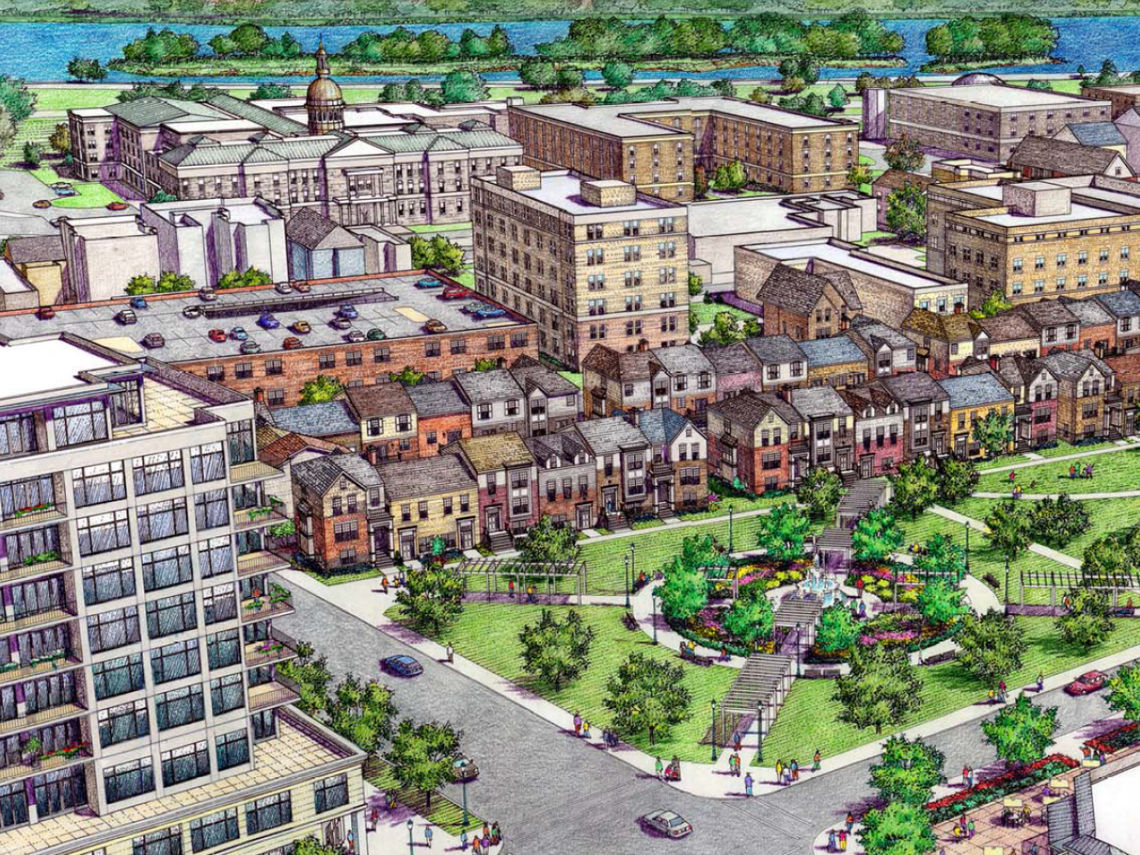 By the 1990s, criticism was at a boiling point from design professionals lamenting the absence of functionality and identity from communities designed to accommodate vehicles, and segregate land uses.  In his hyper-critical The Geography of Nowhere, James Howard Kunstler noted everything wrong with how towns were building, and advocated for places worth caring for again.  In 1993, the Congress for the New Urbanism (CNU) was founded, advocating for development patterns many North American towns were based on, but deviated from after World War II.  Per the CNU website, “New Urbanism is a planning and development approach based on the principles of how…towns [were] built for the last several centuries: walkable blocks and streets, housing and shopping in close proximity, and accessible public spaces…”  New Urbanists are proven reformers in many aspects of town-building:  Zoning codes (form-based codes, and rural-to-urban transects); farmland and historic preservation (transfer of development rights, or TDR); railroad towns (transit-oriented development, or TOD); and more.
Trenton has strong ties to New Urbanism, starting with Andres Duany and Elizabeth Plater-Zyberk’s work with the Capital City Redevelopment Corporation on the “Renaissance Plan” (1989).  In 2008 (as part of their “Highways to Boulevards” campaign), the CNU noted the work occurring to transform part of Route 29 into a boulevard; the project would reclaim land for development, limit accidents, and add a waterfront park doubling as a drainage area for flooding. Now, Trenton is working on the Trenton250 master plan, an opportunity for Trenton to analyze its current issues and create strategies, so as to continue its revival.
While progress towards responsible and sustainable development policies have been made since Kunstler’s book, there is still much work to do.  Make no mistake:  New Urbanism alone will not make Trenton better! What Trenton has experienced throughout its embrace of New Urbanism is the movement’s penchant for purposeful innovation to serve diverse communities.  Who would have thought cities would be healing communities by converting highways into vibrant, neighborhood-sensitive streetscapes? Or that cities would be able to simultaneously preserve historic structures while designing for population growth via TDR? New Urbanists are helping us make Trenton a place worth caring for again by applying progressive thinking to the art of urban planning.